Book Review "The Perfect Medium Photography and the Occult" 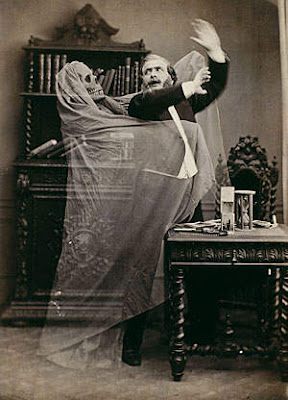 Photographs are like ghosts of the past, they can show us where we have been and show us who we are. Pictures speck to us, we can view a passed-on loved one's face and remember the time we spent with them. We can enjoy a laugh with friends viewing vacation photographs of days gone by. Photography has always been a record of the past but in some ways it may show us where we should go for our future.

Doing researching on haunted places has led us to many fascinating and unusual avenues, such as Castle Frankenstein and the most notorious haunted house in called . We have a passion for history which plays a big part in what we do.

Being a photographer I love pictures especially vintage photographs and the history of the early days of photography. We enjoy finding unusual books about the paranormal and learning about its legends from its early forms to modern day hauntings. One book I came across the blended both of the passions was "The Perfect Medium Photography and the Occult" by Cheroux, Fischer, Apraxine, Canguilhem, and Schmit, published by Yale University Press. Written in 2004, this large book discuses a topic that is virtually obscure and has been taken for granted.

The second part, Photographs of Fluids, chronicles photography's use in providing evidence of the invisible world like the aura of a human hand or the life force of a freshly plucked leaf. The universal fluid was a theory developed by German doctor Franz Anton Mesmer, who suggested that every living thing has a universal fluid, a magnetic field that governs the body and its surroundings. The photographs of the "fluids" are both strange and fascinating. I found myself staring at them for long periods of time trying to make sense of them all. 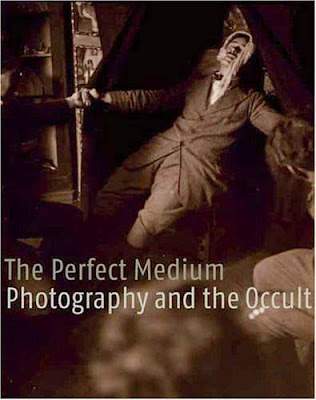 The final part of the book, Photographs of Mediums, shows mediums at work levitating, levitating tables, producing ghosts at will, vomiting ectoplasm and other various phenomenons. The photographs in their time may have been used as a tool for debunking. They are a treasure trove of various occult images, along with a well researched narrative and historical context for the contents..

The only complaints I can really come up with that the book is a bit pricey at $45. I also wish they would have included modern ghost hunting photographs. I think this is an important part in the larger scope of photography and the occult. The book appeals to anyone with an interest in ghosts, photography and history, I find myself referencing it often and find it highly recommendable. 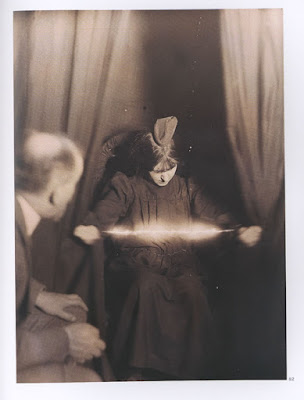 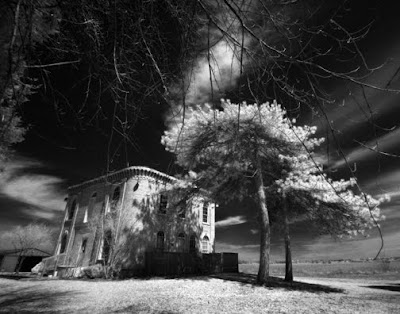 Since I was a child I've heard legends about the "mansion with no corners." For years I thought it was all a myth, until I researched for this project and found that the mansion does exist and the legends are true. When we found and stood on the grounds of the mansion a few years ago, a chill ran up my spine as I thought about the story associated with this mysterious house.

Both accomplished mediums and devout practitioners of Spiritualism, George and Sylvia Stickney built this unusual two-story house in 1836 on an isolated country highway in Bull Valley, Illinois, thinking this corner-less design would assist them when holding séances and gatherings at the property. The couple had twelve children but only three survived to adulthood; they would often try to contact their nine dead children during their séances.

The Stickneys' believed that spirits have an inclination of getting stuck in the corners of houses, producing terrible results. They also felt that having a 90 degree angle corner would attract evil spirits. Therefore, all the rooms in their mansion have round smooth corners except one. For some unknown reason this room accidentally ended up with a 90-degree measurement.

According to legend, George Stickney was one day discovered slumped to the floor, dead from an apparent heart failure next to the only corner in the house located in that very mysterious room.

Reports claim Sylvia Stickney continued to live in the house as an accomplished spirit medium. People from all over the world come to take part in séances upstairs in the converted ballroom.

In the 1970s, Rodrick Smith moved in and began to hear strange noises and his dog began to exhibit strange behavior. After awhile Smith became more and more uncomfortable in the house and decided to research the home. According to Smith's findings, satanic worship took place in the mansion during the sixties and the black magic rituals conjured up an evil presence which resides in the house. Other researchers feel it was hippies during that time that changed the atmosphere of the house with drug use and painting the rooms dark colors, spray painting messages and leaving their abandoned drugs after they left.

The mansion was later sold and the Village of Bull Valley police department moved in as their headquarters. The police have reported hearing footsteps in the ballroom area, formally the séance chamber. Disembodied voices and strange noises have been heard on the stairwell and through out the house several times. Objects have moved on their own, door knobs have been seen turning on their own. Lone workers have seen and heard doors opening and closing on their own when no one else was in the building. One police officer saw the apparition of what he later described as Stickney's father-in-law. Two police officers have quit due to the disturbances that take place in this bizarre house.

Further research into town cemetery records often yield different facts to the dates in this story, but little else is recorded of this time. We have the old legends and the stories from the mansion's modern-day occupants to work from on our journey. Most important of the details, is the fact that the reputation of the house is firmly based in the Stickneys' practice Spiritualism and the regular attempts to commune with the spirits who have passed on into the beyond.

The day we arrived to visit the mansion two springs ago was bright, warm, and friendly. On the grounds of the mansion, however, the air was still and tense. The home felt isolated on its road winding off of the main road through town. Walking around the mansion, we felt uneasy staring into the black windows as if the house was watching us. The very look of this odd house makes one feel uncomfortable, which shouldn't be a surprise since it was built specifically to talk to the dead. Perhaps the spirits still wander freely through its rooms and corridors waiting to make their presence known.

Hi Blog and Facebook Fans,
We recently received a blog comment from Marisela about her dream wedding at one of our possible haunted destinations, the Jacob Henry Mansion in Joliet, IL.
She and her fiance would like to have a dream wedding there, since her fiance Chris is into haunted happenings, and are part of a Crate and Barrel Dream Wedding contest: Marisela and Chris
Click on their VOTE button, login to the Facebook link that pops up on the left and, viola!  You have helped a sweet couple get closer to their dream.
By the way, if any of you are interested in a more imaginative photography duo for weddings, we'd LOVE to put Corey's infrared and our color photo skills to work to give your event a flair that reflects your interests.  There aren't a lot of edgy photogs out there in the wedding world.  We could change that!
Posted by Anna at 12:14 PM No comments: 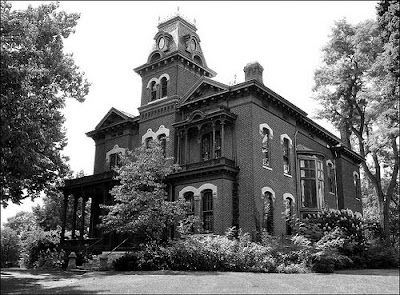 During the winter months we spend much of our time researching and looking for new ideas and places to photograph. We find inspiration from many sources from music, movies, stories and converstions we have with others. So when the snow starts to melt, weather begins to warm-up and the grass begins to turn green we get very excited because another season of photographing haunted places begins. At the beginning of the year our trip had taken on many forms and not until recently we decided on certain places that would work for our schedule. We have found some new and wonderful mansions to photograph they are just beautiful and mysterious from the pictures we have seen. I don't want to revel to much detail on where we will go, but you will not be disappointed by them I assure you. Here is a few place we are wanting to go to. If any one has suggestions of places that would be great for us to photograph feel free to send us an email with a picture and a bit of the history (if you know it) behind the place. We would love to see it and included in it in upcoming trips. 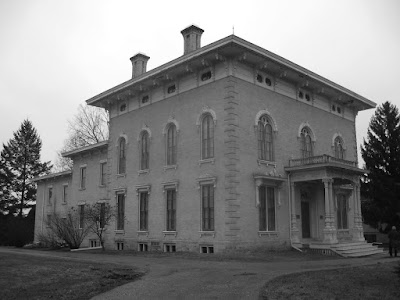 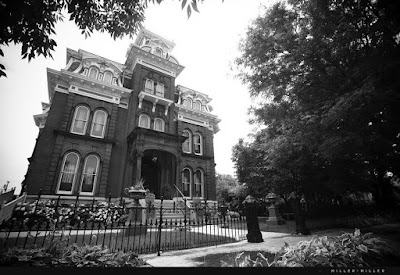 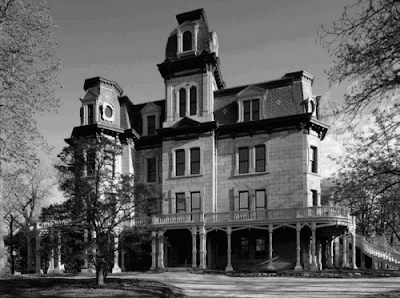